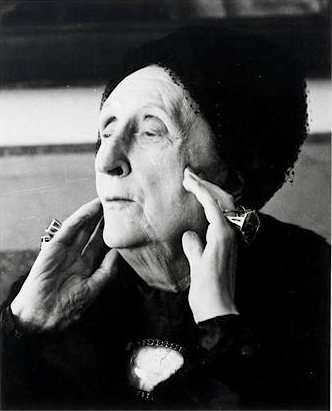 My wish list of photographs I’d like to buy at Bonham’s The Roy Davids Collection. Part III. Poetry: Poetical Manuscripts and Portraits of Poets.

It’s been seven years since Bronwyn Lea’s remarkable first book of poetry, Flight Animals. Now, at last, we have its successor, The Other Way Out: New Poems. The initial collection was marked by a consistent level of technical excellence and an impressive variety of form and tone. The second, luckily, lives up to the very high standard Lea created for herself. Perhaps that is why she has waited so long.

The new book falls into three parts: the first dealing mainly with issues of life and death, the second revisiting an intense love affair and the third meditating, among other subjects, on Eastern religions and the architecture and art they have given rise to. The poems in all three sections are finely but unobtrusively tuned and build, typically, to a highly memorable last line.

In ‘Dog Days’, for instance, her sonnet on Brisbane, she uses a variety of images to evoke the relentlessness of that city’s midsummer heat: ‘The sky is a blue so pressing it falls/like glass to the ground.’ She finds herself drawn by ‘hope’ to the river and concludes her poem by noting how ‘Today the water slides by/in silence, a quavering less oppressive city //splayed upside down on the surface./A dog barks in the white light, just once.’ That ‘just once’ is a typical Lea touch, a nicely resonant full stop to the whole poem.

A similar compression and understatedness can be seen in Lea’s poem, ‘Ars Poetica’. It’s short enough to quote in its entirety and is plainly indicative of where she is heading in this second collection: ‘I used to want/to say one thing //& have it turn/out to be another./Now I only want //to say one thing./As if the pleasure //now is in the voicing/not the trickery //but the soul making/itself heard //above the traffic.’

There was not very much ‘trickery’ in Flight Animals but one can sense here the eloquent simplicity Lea is reaching for. Some of the poems, for example, ‘Love Begins with a Vision’ and ‘View from the Blue Pavilion’, read like haiku sequences. Others, such as the technically ambitious ‘Routine Love Poem’, use the repetition of simple elements, almost in the manner of a Gertrude Stein or Samuel Beckett. The poem also displays the persistent ambivalence running through many of the erotic love poems at the book’s centre. In ‘Palinode’, for instance, Lea begins ‘I have written before how I loved him/ but I have never written how I disliked him too.’ In ‘Born Again’ she has the deliciously malevolent lines: ‘Instead of dying, god spoke to him./God forgave all his trespasses. But I/didn’t forgive his trespasses against me./My heart was a long ledger.’

This degree of intensity carries over to into the book’s final section which, while it touches on temples, pavilions and terracotta warriors, is just as much concerned with the raw force of human emotions. We are given, for instance, Lea’s versions of the graffiti at Sigiriya, written between the seventh and 11th centuries AD. They begin: ‘I came & saw the girls with gold chains/between their breasts now heaven is no good.’

Another poem in the sequence has Lea’s narrator reminiscing: ‘Each night/I found the present-tense of you: your body/in the bed conducting light,/the little room lit up, my sex ransacked/by a branch of burning sky.’ This might sound melodramatic but the poem’s ending is convincing enough: ‘Each morning we walked/ in staggered silence till the future came/to blind us with its mirror.’

In some other poems in the last section (such, for instance, the deeply moving ‘Father and Daughter’) there can sometimes be, by contrast, an almost risky minimalism but these are dangers Bronwyn Lea is more than willing to deal with in her pursuit of the subtlety she aims for. The Other Way Out will be more than satisfying to the many readers who have waited since Flight Animals in 2001 alerted them to the presence of a poet who has, as Alan Gould has put it, ‘the humour … the tact … and the fine connections of a very singular sensibility’.